Windows 10: how to prepare it for dual boot with Ubuntu or Linux Mint

Do you want to install Ubuntu or Linux Mint next to Windows 10, in order to create a dual boot computer? Then first you have to change some settings in Windows 10, and when you have a pre-installed Windows 10, also in the UEFI ("BIOS") of your computer. As follows:

1. In Windows 10, you first have to disable Fast Startup. Fast Startup is essentially an advanced hibernation: shutdown doesn't really shut your computer down, but puts it in a sleep condition.

By disabling Fast Startup a shutdown becomes a real shutdown again, which makes the Windows partition on your hard disk, accessible and resizable by Ubuntu or Linux Mint.

a. Control Panel - Power Options - Choose what the power buttons do

b. Now click on Change settings that are currently unavailable. See the screenshot below: 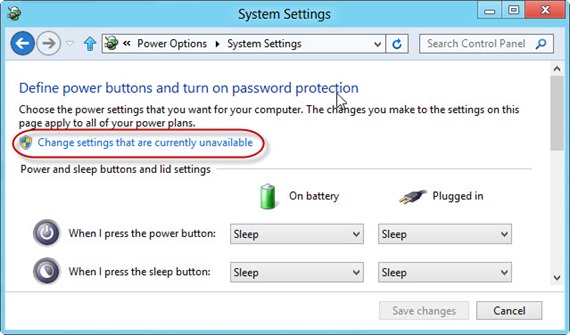 c. Now remove the tick for Turn on fast startup (recommended), even though this bothersome feature is supposedly "recommended". See the screenshot below: 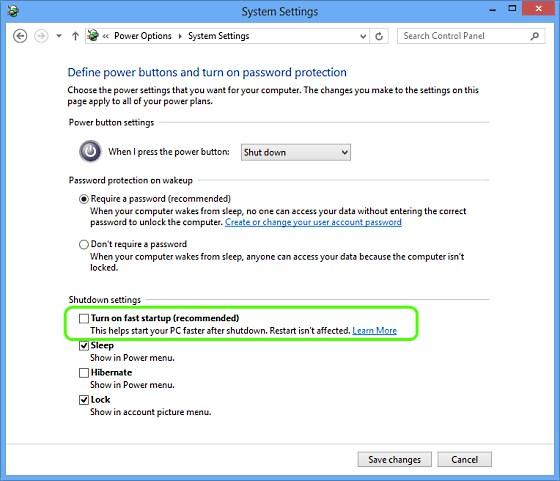 e. Reboot your computer. Don't shut it down! It has to be a reboot, in order to make this settings change permanent.

If you have an older computer which was originally sold with a pre-installed Windows 7, Vista or XP (which means old-fashioned BIOS): you're done! You can continue with the actual installation of Linux Mint.

But if your computer was sold with a pre-installed Windows 8.x or 10 (which means modern UEFI), please read on.

2. If you have a modern computer that was sold with a pre-installed Windows 8.x or 10, you now need to open the configuration of your UEFI. If you don't know how to do that, see the manual of your computer. Don't you have the manual anymore? You should always be able to find a copy in the support section of the website of the manufacturer.

For an Acer, you have to press the F2 key a couple of times, directly after turning on the computer.

Can't you succeed in accessing the UEFI configuration? Then you can also evoke it from within Windows 10, in an annoyingly cumbersome way (the procedure in Windows 8.x is almost identical):

Click on the magnifier icon in the panel of Windows 10 - let it search your system ("Type here to search") with the term settings
Click on the first (preselected) result, namely the app Settings

Then scroll down in the Settings window and select: Update & Security - left panel: Recovery - Advanced Startup: click on Restart now

Finally, at very long last (sigh....) you should be able to access the UEFI configuration.

Note: in some cases, you need to set an administrator password in the UEFI before you can disable Secure Boot.

See the screenshot below, of the UEFI of an Acer TravelMate laptop (click on the picture to enlarge it): 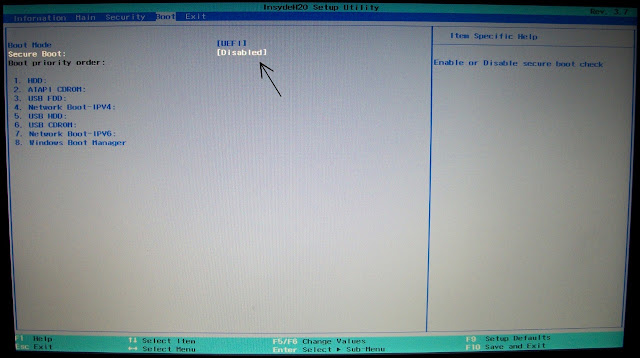 See the screenshot below of the UEFI of an Acer Travelmate laptop (click on it to enlarge it): 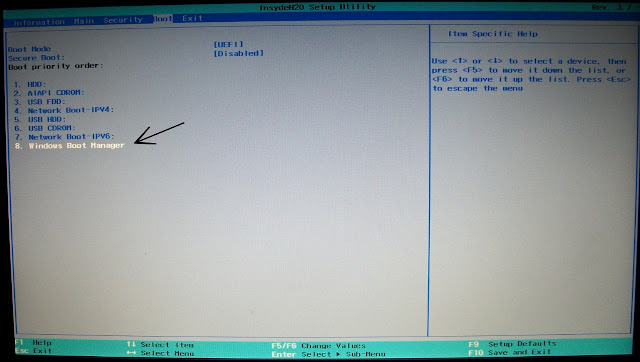 If possible: enable the key for one-time boot priority changes

2.3. Finally, enable the key for temporary one-time changes in the boot priority order (if your BIOS has that option in its settings). For an Acer that's usually F12, but this varies among manufacturers). See the screenshot below (click on it to enlarge it): 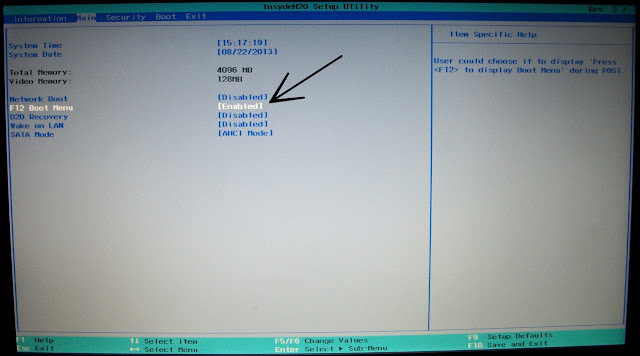 You should find this option in each UEFI, usually in the Boot section. ASUS calls it "Launch CSM".

First try it without CSM, because in a few cases CSM creates problems of its own. So only do this when necessary.

Select 64-bit Linux for installing and not 32-bit

That's it! Now you can create a dual boot with Linux Mint.

In case of emergencies: perform a one-time boot priority change

In that one-time UEFI boot menu, select Windows Boot manager. See the screenshot below of an Acer laptop (click on the picture to enlarge it): The tips and how-to's on this website are primarily written for Linux Mint 20.3. But you can also use them in Ubuntu 20.04.x, provided that you do this first (*click*).