The first couple of times, a size change of the Windows partition causes no problems. But when you do these size changes more often, you might eventually encounter the following boot error when booting Windows 7:

Windows failed to start. A recent hardware or software change might be the cause. To fix the problem:

1. Insert your Windows installation disc and restart your computer.
2. Choose your language settings, and then click "Next."
3. Click "Repair your computer."

If you do not have this disc, contact your system administrator or computer manufacturer for assistance.

Info: The boot selection failed because a required device is inaccessible.

Below I'll explain how to fix this, even when you have no Windows 7 installation disc.

What needs to be done is to regenerate the file C:\boot\BCD. That can only be done by means of the application bootrec.exe, which (among others) is available in the Recovery Environment of the install DVD of Windows 7.

Step 1: get your Windows 7 install DVD

1. For this, you need a Windows 7 install DVD. Don't you have an install DVD of Windows 7 anymore? Then get a copy of Windows 7, from Microsoft.
Note: you need a valid license key for that. If you don't have one: consider using Windows 7 from within Linux, by means of Virtualbox. It's both free and legal....

The Windows 7 DVD also contains the Recovery Environment of Windows 7. Unfortunately you can't use other well-known tools like the free Ultimate Boot CD (UBCD) or the Super Grub Disk for this particular job, because they lack that feature.

Burning the .iso file needs to be done in a special way: click here for the how-to.

When you have a dual boot system with Linux alongside Windows 7: in this particular case it's not enough to simply replace Grub by NTLoader in the MBR (removal of Grub). That won't solve this particular problem, and furthermore it'll make your Linux unbootable: the remedy is worse than the illness....

Step 2: set the boot flag (only computers with Windows alongside Linux)

2. This is how to fix Windows 7 on a dual boot system with Linux alongside Windows 7:

a. Boot your computer from the DVD of Ubuntu, Xubuntu or Linux Mint, because that contains the excellent partition editor GParted. If you have no such DVD, you can get the iso file from Linux Mint 19.1 Xfce here (32-bit).

Burning the iso needs to be done in a special way: click for the how-to.

You can set the boot flag by clicking on the small partition and then
click Partition - Manage Flags. This should be the only partition with a boot flag.

See the screenshot below (click on it to enlarge it): 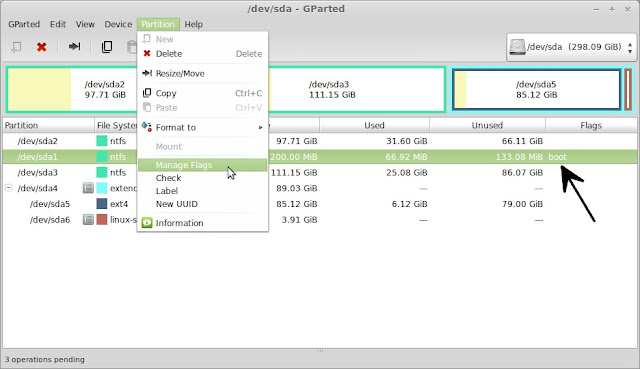 c. Now proceed with the "Repair Windows" approach described below.

3. Boot your computer from the install DVD of Windows 7.

The intention is, that you'll eventually get a terminal window (DOS window or command prompt), in which you execute a couple of commands. Do NOT choose "Automatically fix problems"! Automated recovery doesn't work in this case and might even cause additional problems.

a. Choose your language and keyboard. See the screenshot below (click on it to enlarge it): 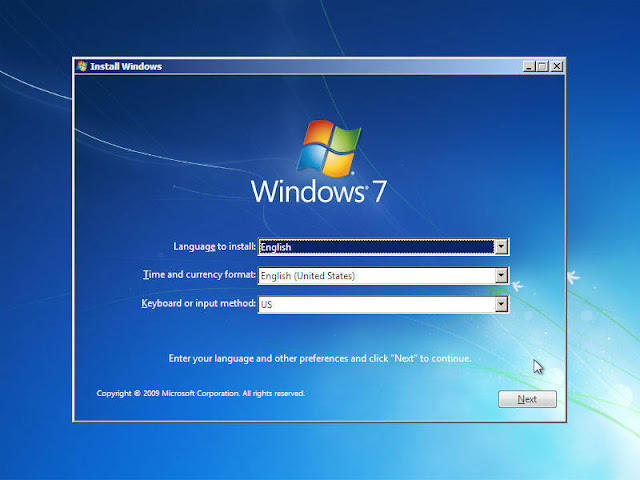 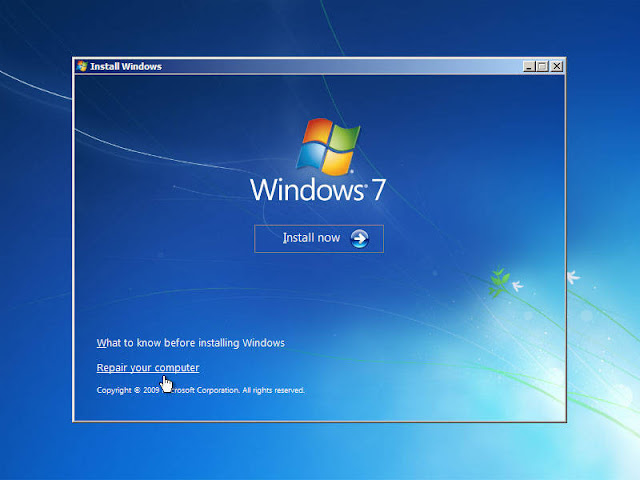 c. Click Use recovery tools (...etc.) and then Next. See the screenshot below (click on it to enlarge it): 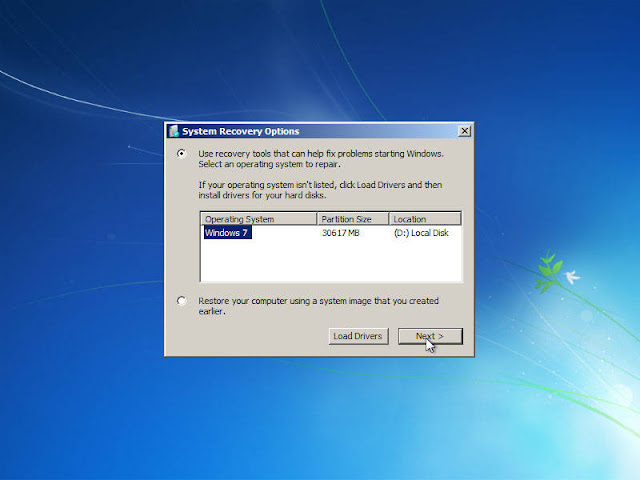 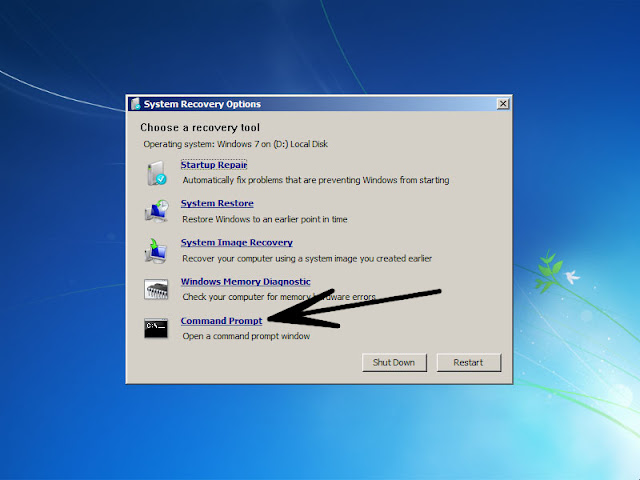 e. Now the real job: the magical terminal incantations. You have to be 100 % exact in typing them: pay special attention to spaces and capitals!

First you revert the MBR and the boot sector to their original Windows status. If you have a dual boot with Linux, this will destroy your Grub, but you can restore Grub later on.

Now you remove the existing BCD file and make Windows regenerate it anew:

When prompted, type Y to confirm.

When the terminal has finished its job, you can close the Recovery Environment and reboot normally from the hard disk. You should boot straight into Windows now.

But your Linux isn't accessible yet; for that, read on.

Step 4: restore Grub (only for computers with Windows alongside Linux)

4. Only for dual boot with Linux: finally restore Grub, because otherwise you probably won't be able to boot Linux anymore.